So I don't really know what I was doing, signing up for a ride in Death Valley in February. Not because it's Death Valley -- February is a pretty good time to go there, with daytime temperatures in the 70s and 80s, and night time temperatures falling into the 40s. But because I live in NYC. How the heck do you train for a bike ride -- one, I might add, with a lot of climbing (it's a valley, you have to get into and out of it -- multiple times) -- when it's winter in the Northeast?

Well, the answer is you don't -- or you don't that well. I managed a couple of outdoor rides on some of the relatively balmy days we got this year, but not nearly enough to feel like I had developed any sort of climbing legs. I also continued to be a devotee of Flywheel, but spinning will only take you so far (actually, you don't really move anywhere while spinning, for those of you who may be confused by that last figure of speech), and I find that although it improves one's cardiovascular system, it doesn't really translate into anything other than...spinning. I still get winded climbing subway stairs (OK, this is the last time I'm clarifying -- not the sandwich shop, they typically don't have stairs -- the MTA metro system's stairs).

Faced with this reality -- and the fact that there is a lot of natural beauty around and outside the Las Vegas area (where, unfortunately you have to fly in to for Death Valley -- I'm not a casino guy (apologies to my son, Stephen)) -- I decided to arrive a day early and get in a training ride by riding a loop from my hotel out to Red Rock Canyon and associated scenic loop that includes a fair bit of climing. Here it is:


I give it a B+/A-. Very pretty once I got there, but the 15 miles or so each way getting through the center and outskirts of Las Vegas was not particularly fun. Did I mention it's not my favorite town (apologies, this time, to my sister, Laura, and her husband, Michael)? They have a few narrow bike lanes here and there, but they're definitely not used that much -- I didn't see any other riders until I reached the Red Rock area -- and you can tell (unfortunately) that drivers are not that used to seeing bikes on the road.

Anyway, I made it back in one piece -- the climbing was some good practice (although my legs were more tired than I would have liked, given that day one of Death Valley has twice as much climbing as I did today) -- and I got some nice photos to boot! 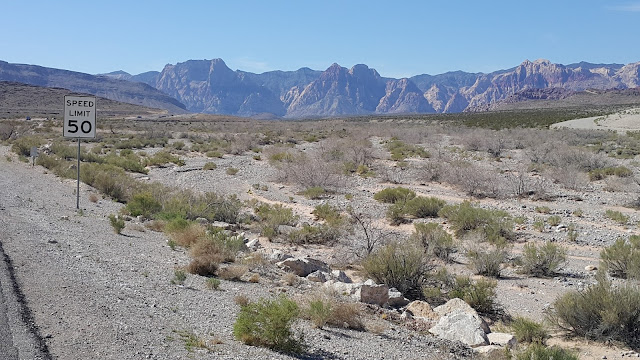 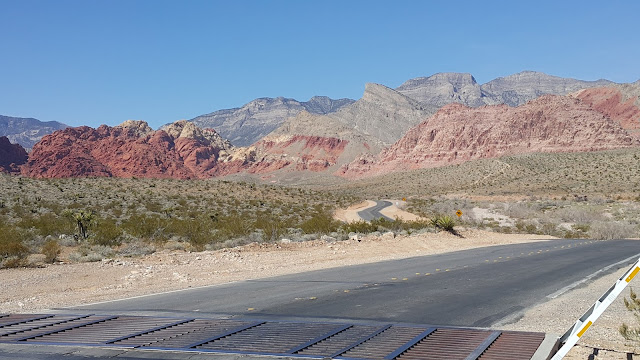 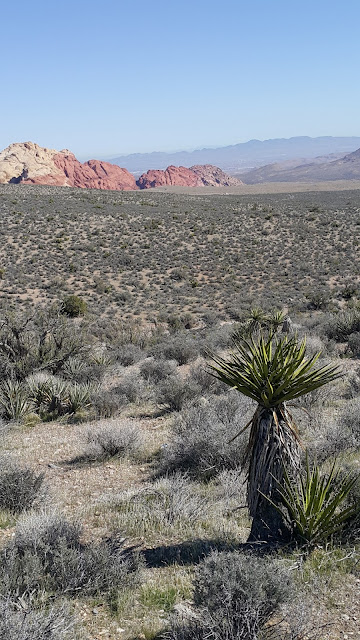 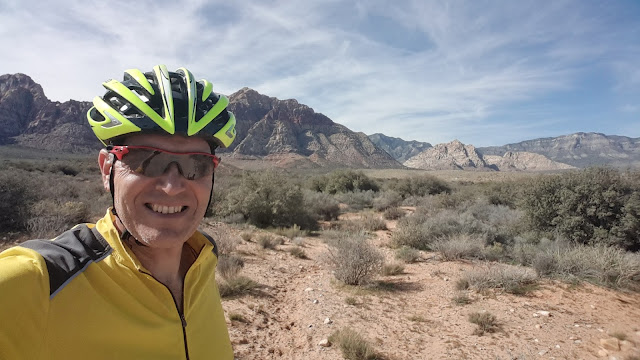 Roger Schwed
Born and raised in NYC, I'm 58 years old, happily married to Laura Dukess (27 years!), and have two wonderful boys, Ben (23) and Stephen (21). I'm a corporate attorney with my own practice (having done the big law, big corporation thing for many years) and a huge passion for biking. If you enjoy reading this blog, or are otherwise entertained or inspired by my trip, please consider supporting my favorite charity (OK, I'm also its Board Chair): I Challenge Myself, which since 2005 has been helping lower income high school students in the Bronx, Washington Heights and the Lower East Side develop leadership and workplace skills, as well as confidence and self-esteem, through endurance cycling training and rides, including a Century Bike Ride at the end of Spring semester. You can learn more about ICM, and/or make a donation, at www.ichallengemyself.org. Or you can use the "Support Me" link at the top of this page. Thanks!